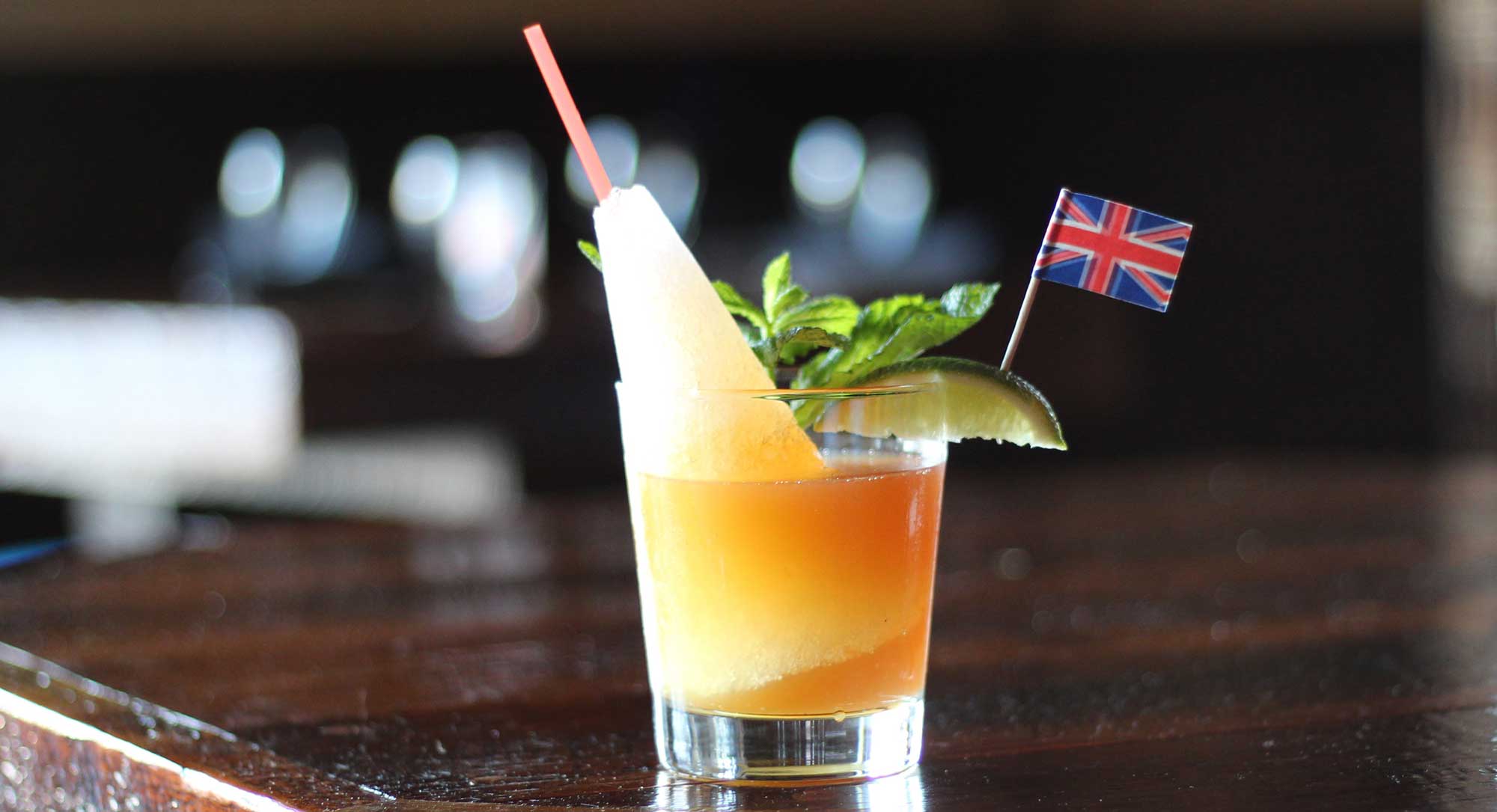 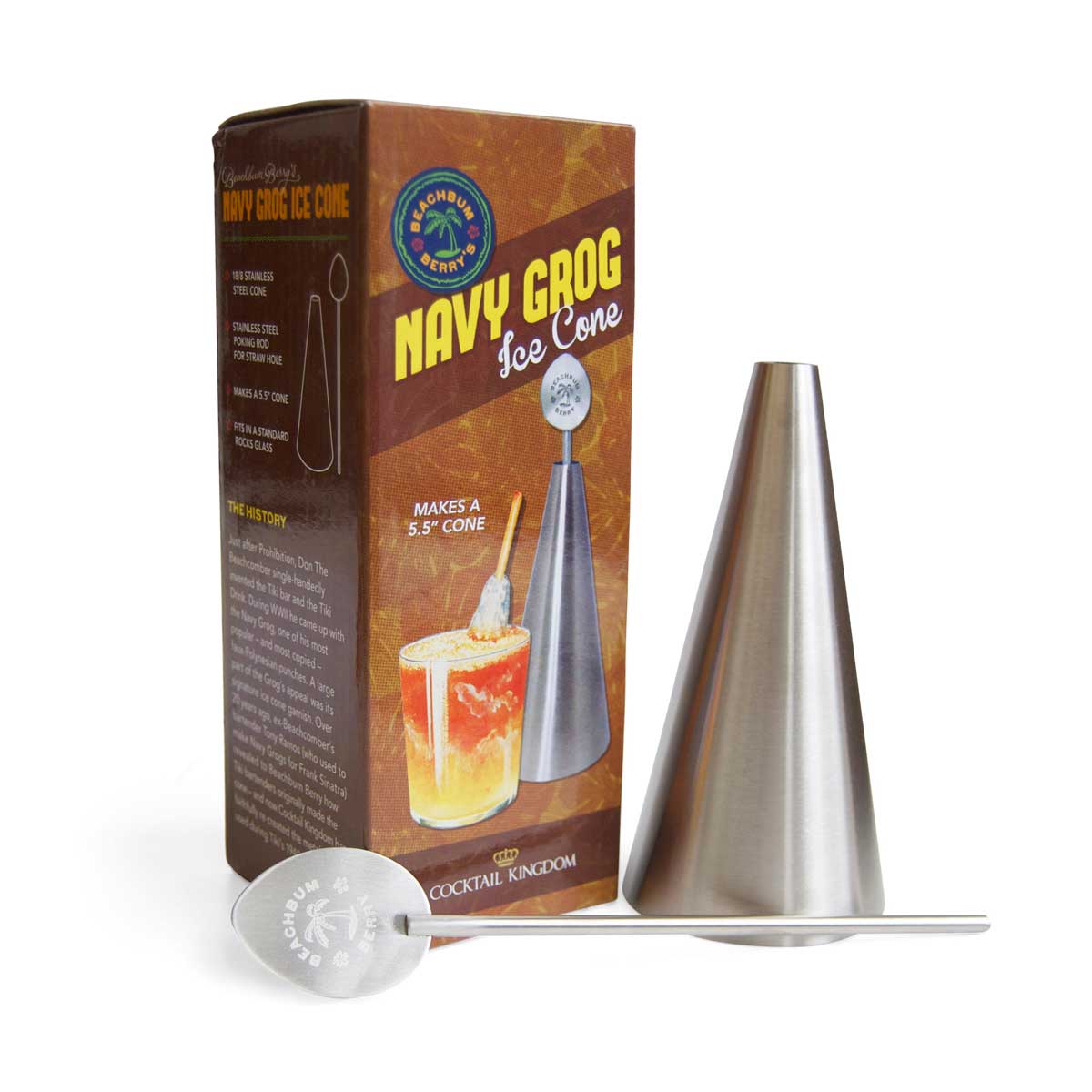 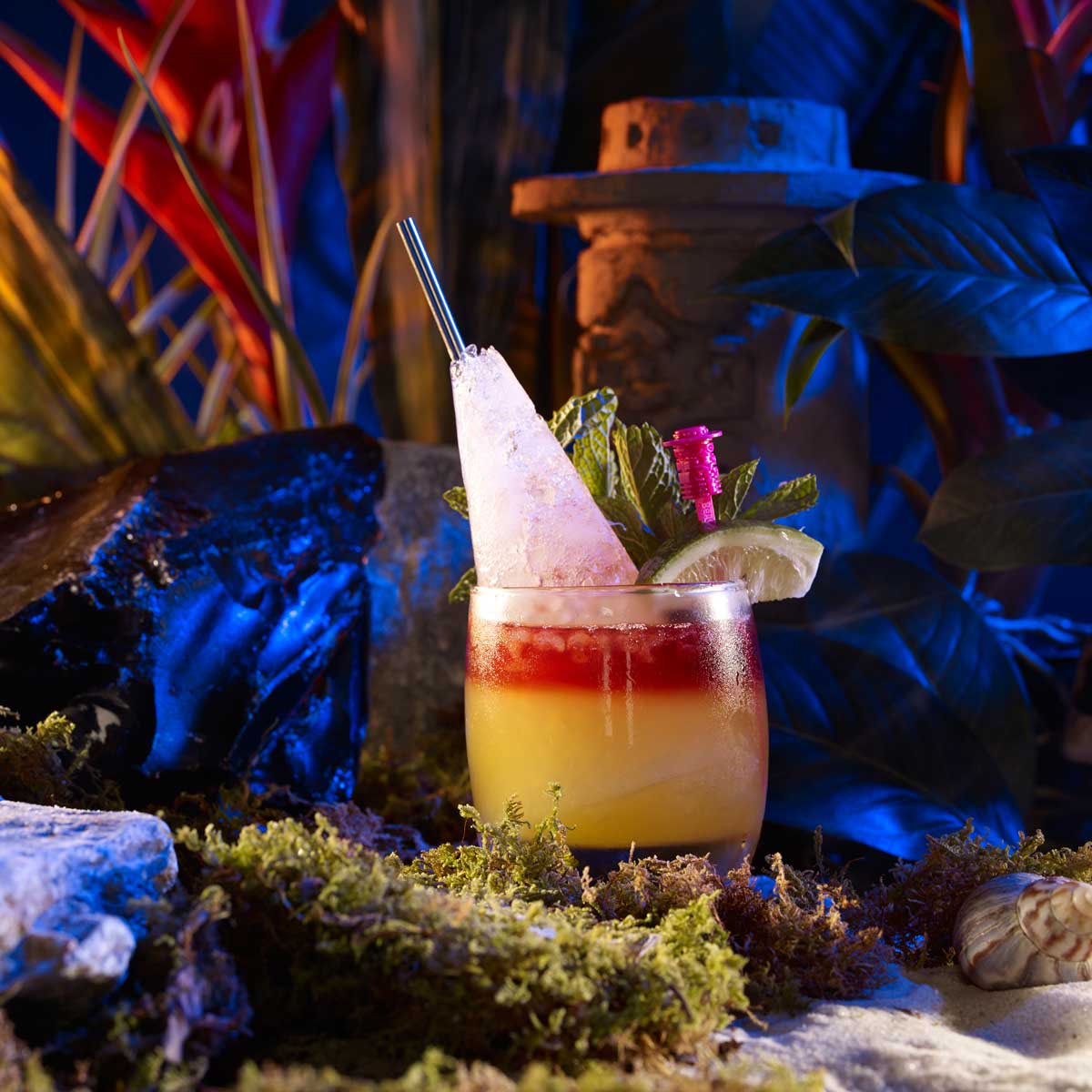 During WWII Don The Beachcomber came up with the Navy Grog, one of his most popular — and most copied — faux-Polynesian punches. A large part of the Grog’s appeal was its signature garnish: a cone of ice packed around the straw, which both chilled the drink and transformed it into a “conversation-piece” cocktail (pictured above). Hundreds of Tiki bars once glammed their grogs this way, but now it’s a lost art.

Over 20 years ago, ex-Beachcomber’s bartender Tony Ramos (who used to make Navy Grogs for Frank Sinatra at the Palm Springs Don The Beachcomber’s) revealed to the Beachbum how Tiki bartenders originally made the cone. The Bum passed this secret along to the folks at Cocktail Kingdom, who have now faithfully re-created the bespoke metal mold and “poking rod” used during Tiki’s 1940s-70s heyday.

Here’s how it works: Tightly pack the metal mold with finely shaved “snow” ice. (You can make snow ice by running crushed ice through a food processor or a Sno-Cone maker.) Next, run the poking rod through the center to make a hole for the straw. Then gently remove your ice cone from the metal mold, and place the ice cone upright in your freezer. (Repeat these steps to make as many cones as your freezer space allows.) Let cone freeze for a minimum of 4 hours, until it’s frozen solid. When ready to use, remove the hardened cone from the freezer and slide a straw through the hole.

You can use the cone in any Tiki drink served in a rocks glass (such as the Mai Tai). But here’s the drink it was invented for: To make one Navy Grog, place in your shaker 3/4 ounce each fresh lime juice, white grapefruit juice, and club soda; 1 ounce each gold Demerara rum, dark Jamaican rum, and white Cuban (or Puerto Rican) rum; and 1 ounce honey mix (1 part honey dissolved in 1 part warm water). Shake with ice, then strain into a glass containing your ice cone.

“The tiki aficionados on your list can take their cocktails to the next level with this Beachbum Berry-approved ice mold.” — IMBIBE MAGAZINE